What is an inheritance settlement?

The inheritance settlement regulates the destination of the deceased’s assets. It begins as soon as the succession occurs, e.g. after the death of the deceased. During the liquidation of the estate, the heirs can decide, for example, to administer the estate as a community of heirs or to have it administered. Alternatively, the objects of the estate can also be divided among the heirs of the community of heirs in the course of the liquidation. Another option is to sell the estate or part of it so that the proceeds are divided among the heirs. Which option is ideally chosen also depends on the situation of the heirs. If, for example, the largest asset of the estate is a property in Frankfurt already occupied by a co-heir and this co-heir is also solvent, it will probably be decided that this heir will take over the property and financially compensate the other co-heirs. If this is not possible because the heir lacks the necessary financial means, it is likely that the property will be sold as part of the liquidation and the proceeds of this inheritance will be divided among the various heirs of the community of heirs.

How does inheritance adjudication work in Frankfurt?

In the best case scenario, the heirs of the community of heirs will agree on which co-heir will receive which items of the deceased’s estate, which items will be sold and how the proceeds of the sale and other assets will be divided among the co-heirs. At any time you can take advantage of the comprehensive advice of a lawyer specialized in inheritance law in Frankfurt.

How is the settlement of the inheritance liquidated?

When the succession occurs, the probate court opens the testamentary disposition. It informs the heirs of their right to inherit, if it can locate them. If an heir is not found at the first attempt, the authority will actively search for him or her. If the search is unsuccessful, a public announcement is made as a last attempt to inform the co-heir of his right to inherit. If the period specified in the notice expires without the missing heir appearing before the probate court, he is disregarded and the settlement of the inheritance is made without him. A special case is that of a missing co-heir, who must reasonably be presumed to have died without anyone’s knowledge. Inheritance law stipulates that only those who are alive at the time of inheritance can be entitled to inherit, so clarity on this point must first be established. Normally, an attempt is made to have the missing person declared dead. The other co-heirs can do so, because they have an interest in this declaration. Otherwise, the spouse, registered partner, parents, children, legal representatives and the public prosecutor are entitled to do so. If the last sign of life was more than ten years ago (five years in the case of persons who have reached the age of eighty), the requirement of generalized disappearance is met. There are special rules for shipwrecks and plane crashes: If the person sought has disappeared in the course of a shipwreck, disappearance at sea applies after at least six months. If the disappearance is related to an airplane accident, the requirement of aerial disappearance is fulfilled after three months. If the disappearance is related to another life-threatening event, a missing person can be declared dead after one year. For this purpose, the entitled person – as well as other persons entitled to inherit – must apply for a so-called “Aufgebotsverfahren”. This is carried out by the local court at the last principal residence of the missing person. With the publication of the warnings, a final period of six weeks is opened, after which the death of the missing person is declared. Thereafter, the settlement of the estate can take its normal course. Would you like more information? Please contact your Frankfurt inheritance law lawyer.

When should the inheritance be repudiated?

The heirs must decide whether or not to accept the inheritance. In this context, it may make sense to renounce an inheritance if, for example, a loan secured by a mortgage on a property included in the inheritance exceeds the value of the total inheritance. A person entitled to an inheritance cannot accept a piecemeal estate, e.g., take over a stock portfolio, but at the same time reject a loan from the deceased that has not been repaid in full. If the inheritance includes both estate liabilities and assets, competent advice should definitely be sought from a lawyer specializing in inheritance law in Frankfurt before making the decision to accept or reject an inheritance. Once the inheritance has been accepted, this decision is irreversible; the heir or heirs are then liable for all assumed contracts and estate obligations. This can be particularly complicated if the inheritance includes shares in companies or enterprises, since in the short term it is hardly obvious to a layman which assets correspond to which estate obligations and liabilities. Real estate assets are not automatically exempt from problems either. If, for example, the deceased’s inheritance includes a property that is permanently rented out at a favorable price but is in need of refurbishment, it can become an investment trap. Once the inheritance has been accepted, it is determined what exactly belongs to the estate. In the next step, the heirs must agree on how the estate is to be divided, administered or sold and what is to be done with the proceeds of the sale. In his or her last will, the testator may also set conditions or prohibit the sale of certain assets.

Who regulates the settlement of the inheritance?

If the testator has appointed an executor, the executor must be in charge of the settlement of the estate. If an executor has not been appointed, a Frankfurt lawyer can be appointed. If there are disputes over the inheritance, the various co-heirs usually appoint their own lawyers to represent their interests.

Which court is competent for the inheritance adjudication process?

The court of the last principal residence of the testator is always competent for the settlement of the inheritance. Other provisions of the will are ineffective.

When is the division of inheritance excluded?

The testator can exclude the division of the inheritance. For example, he may stipulate that a property cannot be sold and that the heirs benefit exclusively from the (rental) income. Another possibility is for the heir to provide for a foundation for this purpose. Ask the experts: we are your specialist lawyers for inheritance law in Frankfurt. 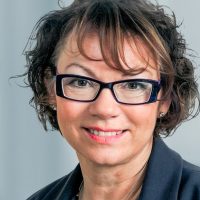 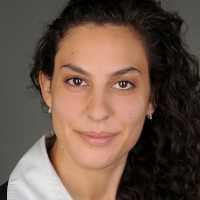